An important addition to our toolbox for preventing cardiovascular disease.

Over the past decade, more and more evidence has revealed that, similar to reduced LDL-cholesterol, triglyceride reduction and lower levels of triglyceride-rich lipoproteins are an important part of lowering cardiovascular risk.

Prescription grade omega-3 fatty acids have become part of current standards of care for achieving lower triglyceride levels – among their numerous other potential health benefits. Importantly, recent studies have shown that formulations must contain high doses of omega-3s to have a meaningful biologic effect. The higher the blood levels of omega-3 achieved, the greater the benefit.

LYPDISO incorporates significantly higher amounts of omega-3s in a more bioavailable formulation than previous omega-3 therapies, giving it the potential to have a greater overall positive impact on the health of patients with elevated triglycerides.

The two primary lipids in the body are cholesterol and triglycerides (TGs), both of which serve as building blocks for biological membranes. Neither lipid is soluble in water and therefore, must be “packaged” in lipoproteins for transportation through the body’s aqueous environment.

Cholesterol is a precursor for a number of key things synthesized by the body, such as Vitamin D, steroid hormones, and bile salts. Cholesterol is either ingested in the diet (though it is poorly absorbed) or synthesized in individual cells. It is transported through the body in the form of lipoproteins.

Triglycerides are considered the body’s main constituent of fat and primary energy source, which the body stores upon the consumption of high-calorie, high fat foods.

LDL-cholesterol (the amount of cholesterol in low-density lipoprotein particles) is widely accepted as a major casual factor in the development of atherosclerosis. As our understanding of lipids and lipoproteins has evolved, the scientific community has also come to appreciate the potentially equally causal role of triglycerides and the larger class of non-HDL and triglyceride-rich lipoproteins (TGRLs).

Only in the past 10 years or so has the clinical community acknowledged that lowering triglycerides will help prevent cardiovascular disease (CVD) as well. In other words, like LDL-cholesterol, triglycerides are now seen as a potentially modifiable risk factor.

The higher the levels of triglycerides, the greater the cardiovascular risk.

Normally, triglyceride levels in the blood are below 150 mg/dL. As a result of genetic predisposition and lifestyle choices, triglycerides can increase, leading to conditions that require treatment. When TG levels rise to the 150-200 mg/dL range, they are described as “borderline” elevated. At concentrations of 200-499 mg/dL, they become abnormal and are classified as “hypertriglyceridemia” (HTG).

The condition is more urgent in the setting of “severe hypertriglyceridemia” (SHTG), where triglyceride concentrations reach 500 mg/dL or higher. At such extreme levels, TGs are associated with a significantly increased risk of pancreatitis and cardiovascular events.

The American Heart Association recommends a TG level of 100 mg/dL or less to improve heart health. Nevertheless, most existing therapies are only recommended for patients with triglycerides levels greater than 500 mg/dL.

U.S. adults have triglyceride levels above the normal range

Treating this condition requires addressing the high levels of both cholesterol and triglycerides.

What triglyceride management options are out there?

Diet, exercise and weight loss are often the first line of treatment, but frequently do not achieve adequate reductions in blood lipid levels. A variety of drug therapies have been used as a more intensive approach to triglyceride-related conditions – including statins, fibrates, niacin, and omega-3 fatty acids.

Statins, Fibrates and Niacin
Despite their relatively modest impact, statins are the prescription drug of choice for patients with elevated serum lipids. Even with continued statin therapy, large numbers of patients sustain triglyceride levels above the normal and recommended amount. This clinical situation arises often among patients suffering from mixed dyslipidemia and for whom statins are able to control LDL-C more effectively than triglycerides.

Fibrates are an accepted alternative method of reducing triglycerides, but have been seen to cause significant side effects that limit their use in certain patients. Niacin is used much less frequently because of its side effect profile.

Omega-3s
In more recent years, omega-3 fatty acids have also emerged as a mainstay of triglyceride-lowering therapy. However, clinical evidence is revealing the need for sufficiently high doses to ensure an impactful improvement in triglyceride levels as well as other positive effects.

The evolution of omega-3s.

Omega-3 fatty acids are essential nutrients that the body cannot make from scratch. They are dependent on external, primarily dietary sources.

Since most people don’t receive enough omega-3s through their diet alone, companies began to introduce them to the public market – first as supplements and following the evolution of omega-3 science, as high purity, high potency pharmaceutical products.

All Omega-3s are not Created Equal

There are three primary omega-3s in the body, each of which have their own specific effects: eicosapentanoic acid (EPA), docosahexanoic acid (DHA) and docosapentanoic acid (DPA). While EPA appears to play an important role in vascular health, DHA is seen to have a greater effect on neurological processes. As an intermediate metabolite between the two, DPA may influence both types of health.

From a pure TG-lowering standpoint, in animal studies, DPA has been shown to be the most potent of the three, while EPA appears to be the least.

DHA has also been noted to have the side effect of significantly raising LDL-cholesterol when used in patients with very elevated triglycerides, while EPA and DPA have not.

Leveraging this knowledge, as well as our deep understanding of omega-3 development, we have made EPA the prime ingredient in LYPDISO’s formulation, further increased its potency by introducing DPA, while minimizing the DHA content.

The Problem with Dietary Supplements: Instability, Impurity, and Ineffectiveness

While fish oil nutritional supplements are readily available without a prescription and are advertised highlighting the positive effects of omega-3s, they are neither clinically validated nor FDA-approved. There are no regulations requiring them to undergo rigorous levels of inspection and quality control. As a result, they are often highly impure, lack the stability to prevent oxidation, and are not as effective or as safe as prescription products. In fact, the American Heart Association has recommended against using supplements for treating medical conditions.

Another important issue is the relatively low amount of omega-3s that these supplements contain. In a number of past trials, low omega-3 doses were studied for the prevention of cardiovascular disease in patients who did not have to have elevated triglyceride levels – and they proved to have no significant benefit. It was only with the use of much larger omega-3 doses that higher risk patients with elevated triglycerides were shown to have significant cardiovascular benefits.

Used together with lifestyle adjustments, high dose omega-3 therapy has been clinically proven to have substantial benefits in high-risk patients – even beyond triglyceride lowering. It was shown to stimulate endothelial cells (which can repair blood vessel damage and prevent atherosclerosis), reduce oxidation (the process that transforms LDL-C into a major pro-atherogenic stimulus), and decrease the risk of blood clot formation. It essentially counteracts many of the negative effects associated with triglyceride-rich lipoproteins.

One major study suggested that prescription omega-3s could even add substantial benefit in patients already on statin therapy – particularly those who continued to have elevated TG levels on statins alone, even if their LDL-cholesterol was already well-controlled. This benefit appeared directly related to the blood levels of omega-3 achieved.

All of this positions LYPDISO as an important potential contributor to the future of lipid science. 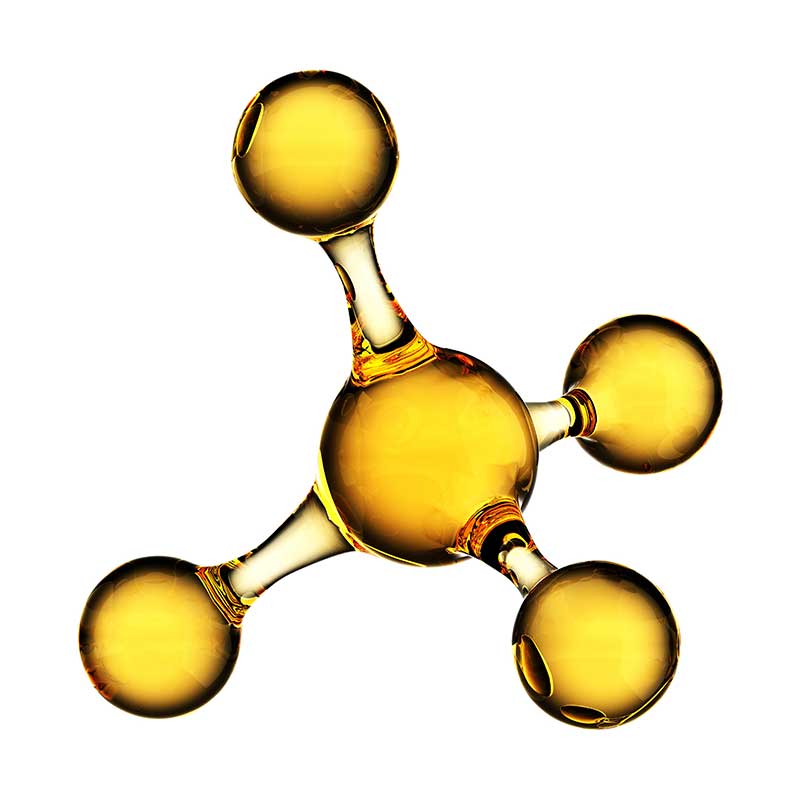 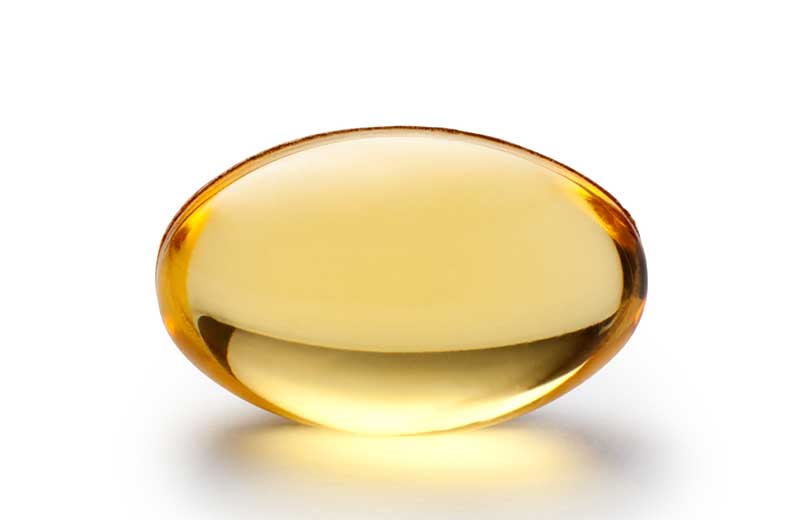