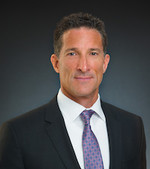 Chairman of the Board

Dr. Ende became Chairman of the Board of Matinas in October 2022 and has served on our Board of Directors since 2017.  Since 2009, Dr. Ende has served as President of Ende BioMedical Consulting Group. Ende BioMed is focused on helping life sciences companies raise capital, identify licensing partners and acquirers, and optimizing corporate structure. In addition, it analyzes both private and public investment opportunities for clients within the life sciences industry. Ende also helps activist investors gain seats on Company Boards.

Dr. Ende received an MBA in Finance & Accounting from NYU – Stern Business School in 1997, an MD from Mount Sinai School of Medicine in 1994, and a BS in Biology and Psychology from Emory University in 1990. 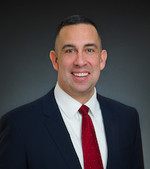 Mr. Jabbour is Chief Executive Officer of Matinas BioPharma. He served as President since March 2016 and since October 2013, he served as Executive Vice President, Chief Business Officer and General Counsel. Mr. Jabbour has extensive experience in the pharmaceutical and healthcare industries, both domestically and internationally. Previously he served as Executive Vice President, General Counsel & Secretary of MediMedia, a diversified health care services company. Prior to MediMedia, he was the Senior Vice President and Head of Global Legal Affairs for Wockhardt Limited, a global pharmaceutical and biotechnology company. Immediately prior to that, he served as Commercial Counsel and Assistant Secretary for Reliant Pharmaceuticals, a GlaxoSmithKline subsidiary. Earlier in his career, he held positions as counsel at Alpharma and in private practice at Lowenstein Sandler, PC. Mr. Jabbour earned his J.D. from Seton Hall University School of Law in Newark, New Jersey and a B.A. in Psychology from Loyola University in Baltimore, Maryland. 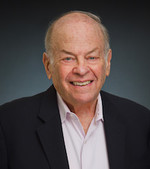 Mr. Conrad became the Chairman of the Board of Matinas BioPharma in 2012 until Eric Ende succeeded him in October 2022. He also serves as a Director on the Board of Celldex and as an Advisor to the Seaver Autism Center at Mount Sinai Hospital. Mr. Conrad was the former President of Roche Pharmaceuticals in the United States from 1982 until his retirement in 1993. Since then he has served on the boards of Pharmasset (Chairman), Savient, Dura, UroCor, GenVec (Chairman), Sicor, Bone Care International (Chairman), Sapphire Therapeutics (Chairman), the medical advisory board of Henry Schein, and he was a Director and Co-Founder of Reliant Pharmaceuticals. He received B.S. and M.S. degrees from the Brooklyn College of Pharmacy and an honorary Doctorate in Humane Letters from Long Island University. 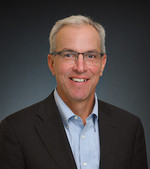 Mr. Scibetta became a Director of Matinas BioPharma in November 2013.

He is the CEO of Maverick Therapeutics, Inc., a clinical stage immuno-oncology company and a subsidiary of Takeda Pharmaceutical Company Limited (TSE:4502/NYSE:TAK) (“Takeda”).   Mr. Scibetta is also an Operating Partner at Takeda Ventures, Inc.  Mr. Scibetta joined Maverick as CEO in 2017, where he led and oversaw its growth from start up through the advancement of the industry’s first conditionally active bispecific T cell engager into human clinical development, and ultimately to the April 2021 acquisition by Takeda for up to $525 million.

Prior to joining Maverick, Mr. Scibetta was President of Pacira BioSciences (Nasdaq: PCRX), where he oversaw commercial and medical support activities, and directed commercial manufacturing and research. Mr. Scibetta also served as Pacira’s CFO where he led its 2011 initial public offering and subsequent debt and equity financings. Prior to that, Mr. Scibetta was an executive with Bioenvision Inc. (Nasdaq: BIVN) a commercial stage oncology company acquired by Genzyme, and Merrimack Pharmaceuticals, an oncology-focused systems biology company.

Earlier in his career he spent over a decade in investment banking where he was responsible for sourcing and executing transactions for a broad base of public and private healthcare and life sciences companies. He currently serves on the Board of Aquestive Therapeutics (Nasdaq: AQST). Mr. Scibetta received his Bachelor of Science in Physics from Wake Forest University and an MBA from the University of Michigan. 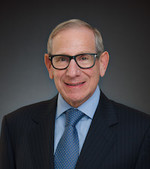 Dr. Wikler currently serves as the Principal of Infectious Disease Technology Development Consulting (IDTD Consulting) where he provides clinical, medical and regulatory strategic insight to companies developing new technologies for the treatment and prevention of infectious diseases. Prior to that from 2012 to 2015, Dr. Wikler served at The Medicines Company (NASDAQ: MDCO) as VP, New Business Ventures and VP and Medical Director, Infectious Disease Care.

During his time at The Medicines Company, Dr. Wikler was responsible for leading the clinical and medical teams and providing strategic direction for the US and EU clinical development and regulatory activities for oritavancin, which resulted in its approval in both the US and EU. Over the course of his career Dr. Wikler held senior leaderships positions for a number of pharmaceutical companies, including as Chief Development Officer of Rib-X Pharmaceuticals, President and Chief Executive Officer of IASO Pharma Inc., a clinical stage biotechnology company focused on the development of antibacterial and antifungal therapeutics, the Institute for One World Health, Mpex Pharmaceuticals, Peninsula Pharmaceuticals (acquired by Johnson & Johnson), ViroPharma, Bristol-Myers Squibb Company, and Ortho-McNeil Pharmaceutical (a division of Johnson & Johnson). Dr. Wikler began his career at Smith Kline & French/Smith Kline Beecham where he held positions of increasing responsibilities over ten years. Dr. Wikler held a variety of positions at the FDA, including the Deputy Director of the Division of Anti-Infective Drug Products. 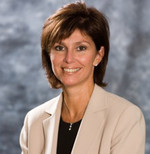 Ms. Giordano brings over 25 years of extensive experience in healthcare, including senior leadership positions and board director roles spanning across several pharmaceutical companies and sales and marketing service providers. She has served as President, Chief Executive Officer, and a director of PLx Pharma Inc. since January 2016. Previously, Ms. Giordano served as the President and Chief Executive Officer of both ClearPoint Learning, Inc., and Healthcare Corporation of America.  From June 2009 to August 2012, Ms. Giordano served as Chief Operating Officer and then as Chief Executive Officer, President and a director of Xanodyne Pharmaceuticals, Inc. Ms. Giordano also served as a director for Aceto Corporation from December 2011 through September 2019.  Prior to that, she served as President, Americas, for Cegedim Dendrite (formerly Dendrite International Inc.) from 2007 to 2008 and as Senior Vice President, Global Customer Business Unit of Cegedim Dendrite from 2004 to 2007.  Earlier in her career, she worked for Parke-Davis/Warner Lambert then Pfizer, in several sales and marketing leadership positions. 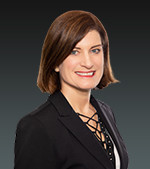 Kathryn Penkus Corzo is currently the Chief Operating Officer of bit.bio, an award-winning human synthetic biology company with a mission of coding cells to advance the wellbeing of humanity.  Ms. Corzo is a highly regarded biotechnology executive with extensive experience in early and late drug development across multiple indications and platforms. Most recently she was partner at Takeda Ventures, Inc. and previously Head of Oncology Cell Therapy Development at Takeda Pharmaceuticals, where she built capabilities and oversaw a cutting-edge oncology cell therapy portfolio including CAR-T, CAR-NK, iPSC and gamma-delta platforms. She also served on Takeda’s R&D Management Committee, was a member of Takeda’s Oncology Leadership Team and served on the board of directors for Maverick Therapeutics which was acquired by Takeda in March 2021.

Previously, Kathryn was Sanofi Genzyme’s Vice President R&D Myeloma Head where she led global registration programs to drug approvals in the US, EU and Japan. In addition, she held various R&D leadership roles at Hoffmann-La-Roche, Roche Molecular Systems, Eli Lilly and Syndax, contributing to the initial approval of 6 innovative cancer medicines and multiple indication expansions across the globe.